Behind the Scenes of Writing and Publishing

Reinforcing a reader's misconceptions is like feeding junk food to their intelligence.

When I discovered that I am a historical fiction writer (and that was a journey in and of itself), I realized that I had joined a pack that reaches above and beyond the mass-produced, oversimplified stories mass media loves to bring you, and which–I’m so sorry to say—many readers digest without much further ado, the way one might with junk food. It might leave you satisfied, but it has done nothing to nurture you.

I burn to tell the histories I discover beneath the surface of the places to which I have travelled. Once I have an “a-ha effect”, I research for more information and if I find an injustice I can zoom in on, I’m hooked. I’m on a mission. Then, like a wizard, or a chemist, I enjoy creating culture clashes and ideologies within my mix of characters and see what happens (usually explosions or, as you know it, conflict). The concoctions I have mixed up in the Reschen Valley series have been some of the most rewarding experiences I have had in writing!

The Reschen Valley series takes place in the former Austrian Tyrol right after WW1, when the southern half was annexed to Italy. When I first travelled to South Tyrol, I stumbled upon a four-mile man-made reservoir with a church tower rising straight out of it.

I wanted to know how it was that this dramatic memorial was just standing there for tourists to gape at. I could not find a single book about this area or its history in English. Not one. It took learning German to dive beneath the surface. I discovered a complex and wholly misunderstood story, came up for air, and felt determined to share it with the rest of the world. And that, right there, made my series “unmarketable” to traditional publishers. Nobody else had done it, which meant I wasn’t writing anything that others were.
The proof of this fear is in the pudding. I submitted the first two books to a writing contest and recently received a critique from one of the judges. The critique was well balanced but some of the comments made me bristle and that is when I decided to step in with a rebuttal in the form of this blog. Please understand: I am completely open to critique about the craft, but I feel it is my responsibility to correct any misinformation.
In their one critique, I have pulled together three history lessons. Perhaps you will also benefit from them.

“Some readers may find certain aspects disturbing, such as the emphasis on Mussolini’s threat, rather than Hitler’s…”

South Tyrol—no matter what the inhabitants would like to believe otherwise—is a province of Italy. And since Hitler had nothing to do with Italy between 1920 and 1924 (which is when these two novels take place), naturally my characters are going to feel the threat from Mussolini and the Italian nationalists, rather than from Hitler.
The Tyroleans living under Italian law were wholly and systematically oppressed, in a pogrom the likes of Stalin’s in Ukraine. The rights to the German language, cultural practices (such as marching bands, where instruments were banned), and even Tyroleans’ names, were stripped away. The local Italian militia ransacked homes and destroyed anything with German writing on it. There is a scene in Part 2 where the police visit Jutta, the innkeeper, and smash all of her dishes because Augarten Wien, the manufacturer of the porcelain, is stenciled on the back. That’s how it was. The cities, rivers, towns, streets, mountains—everything!—were Italianized. Not translated. Italianized. Some of the words had absolutely no meaning, as long as it sounded, looked and felt Italian.
This, folks, is how systematic oppression looks on paper. This, my beloved readers, is the way you steal people’s identities and leave them with a clean slate upon which you can write what you want. At least that was what the Italians’ plan was but they had no idea who they were up against. A hundred years previous, the Tyroleans had fought for autonomy against Bavaria, Napolean and the Habsburgs. And won. It might have taken them some 45 years after WW1, but these people were not going down without a fight against the Italians.
The point of this judge’s comment is most certainly moot.

“The husband of the main character Katharina — a relatively sympathetic character himself — had not been able to hide his growing admiration for the nationalists in Germany, which could make readers feel uncomfortable.” 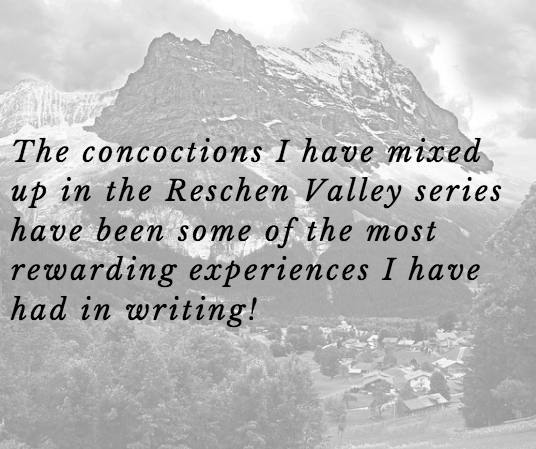 It might have made you, dear judge, feel uncomfortable, so allow me to explain: the South Tyroleans supported Hitler as he came to power for the same reason the Ukrainians welcomed Hitler with open arms in 1941. They were being oppressed! The Ukrainians by the Russians; the Tyroleans by the Italians. So imagine feeling like you have lost all power to stand up against a formidable force. South Tyrol wanted nothing more than to belong to Austria again. The new border was as unnatural as placing an iceberg in the middle of the Sahara. And since Hitler proved to have the power to do exactly that—bring them back—there was plenty of support for him. There were plenty who also recognized that Hitler was no better—if not worse—than Mussolini. And my characters illustrate exactly this dissension within the Tyrolean community in which my novels take place. It is only the beginning of the fracture illustrated in this series.

“The Germans are the heroes in this pre-WWII tale, which may not sit well with the descendants of millions who died at Hitler’s hands.”

There are no bad guys vs good guys in any history except the ones depicted in Hollywood movies. None. On the contrary, I made very sure that my story was well balanced, and represented the motivations, ambitions and concerns as well as the misguided deeds on both sides.
Furthermore, I take offence to the generalization. I am a first-generation American who researched her relatives’ stories through personal interviews and retold accounts. They suffered at the hands of Hitler and Stalin as well as their own countrymen in an awful game of fratricide. I don’t hold that against the Germans and Austrians (or South Tyroleans) today. As a matter of fact, the whole reason that I started writing this story was because I was upset that I had never heard it before. The fact that we–as consumers, readers, learners–are spoon-fed the idea that there are only two sides to any story is a detriment to our critical thinking skills.

I fear I may have failed this judge in my mission to reveal new perspectives, to help foster reflection. There is no Cowboys-vs-Indians-Riding-Off-Into-The-Sunset story to be found in any of history’s strata. Our superficial assumptions, our misconceptions, our prejudices come from cookie-cutter retellings. I take my job as a historical fiction author very seriously and aim to dissolve the ignorance through an entertaining but accurately depicted story. I may not have accomplished that with this one judge, but it has provided me with a purpose for you, dear reader, to work harder at achieving exactly that.

The Smuggler’s Way: A short history about Austria’s contraband carriers