Historical Background Features Sudetenland
As a director I can direct a scene, but I cannot erase the horror from the people’s eyes
. Kurt Gerron

A great Utopian experiment, it was called. A community of individuals who were like-minded and came from all over Europe—artists, scientists, craftsmen, entertainers, and athletes. Not a novel idea but one that the organizers succeeded in finally creating and realizing. They provided its citizens with every need, including creating gardens and sports facilities for the bodies, and holding lectures, readings, concerts and plays for the soul. Children were well taken care of and nourished. All the adults had work. This extraordinary community formed the most cultured town in Europe: Terezín. But the German organizers named it Theresienstadt. And Theresienstadt was a Nazi concentration camp. And it contained some of the most intellectual and influential European Jews, including Germany’s famous actor and filmmaker, Kurt Gerron. And he was about to be given the most grotesque role of his life: to film that utopian ghetto for the world.

The phenomenon of Nazi film propaganda has usually been associated with Joseph Goebbels and his Propaganda Ministry. Relatively little is known about the activities of the SS and SD (Sicherheitsdienst or Security Service) propaganda film units. It is these units that were responsible for the films that were made in the Terezín ghetto during the Second World War. Each of the two films was made for a different purpose and in different circumstances.

The first film about Terezín, Ghetto Theresienstadt, was made in the autumn of 1942 for the internal requirements of the SS. It involved a fictional story about the Holländer family. Its purpose was to depict the transfer of people of Jewish origin to the ghetto and to show their integration into the camp structure. The film was shot and documented by a professional camera crew from Berlin. A group of prisoners under the film producer and director Irena Dodalová were ordered to take part in the filming. The film had to be rewritten but was never actually completed.

The second film about Terezín took shape about a year later. An increasing number of reports had been reaching the public about Nazi atrocities committed against European Jews. On the wishes of Adolf Eichmann, Terezín was to become a “treasury ripe for a visit from members of the press and the Red Cross”. The town got a complete makeover including a pavilion where a band played for dancers, a pool, the facades renovated and the landscaping primped. Make-up artists pinched the children’s cheeks to conquer the paleness. They were given extra rations of butter and bread until the scene was complete. A soccer game was staged. As one of my friends exclaimed when I was telling a group about this, “That story is more horrifying than a Stephen King novel!”

These scenes were used to depict the “happy” life in the ghetto. The task of making the film went to the Prague-based Aktualita newsreel company, which was known for its film reports and short films. Its first report, showing the arrival of a Dutch transport in the ghetto in January 1944, was destroyed, apparently at the behest of Heinrich Himmler.

Subsequent filming continued in August and September, this time in co-operation with the famous German actor and director Kurt Gerron. Post-production work dragged on for another six months. The resulting film, Terezín: A Documentary Film from the Jewish Settlement Area – better known under the title The Führer Gives the Jews a City – was later shown in private screenings, but not until the beginning of April. The vast majority of Terezín prisoners, including those involved in both films, had been murdered long before then.

Building Terezín into my historical fiction

When writing the first drafts of The Girl from the Mountains (from my short story, Magda’s Mark), I had chosen the city of Litomerice, just north of Prague, before I even knew that Terezín was located directly across the river. When I did find that out, I knew that I had to build the beginnings of the ghetto into my story. My protagonist Magda meets an escapee from Theresienstadt named Karol. In one of the scenes, Magda discovers that Karol knows of the Taubers—her former Jewish employers who were arrested by the Gestapo and sent to the concentration camp across the river. She hears about the film production and its true purpose. Magda is appalled by the report. Karol is an escapee of one of those transports out of Terezín. He only managed to escape because, as he was working on Gerron’s set, he and his friend squirreled away tools for an eventual breakout. But then they ended up on one of those trains and used the tools to break out of the cattle car. Readers can only assume he’d have otherwise landed in Auschwitz.

Although Karol is a fictional character, his escape was not fabrication. There was indeed a group of men who managed to flee the transport by wrenching open the floorboards with stolen tools out of the ghetto. They risked their lives by jumping onto the tracks, beneath the moving train.

Who was Kurt Gerron

The deception of Theresienstadt was hugely successful. It was so successful, the Nazis made the inmates write letters to their families about how wonderful it was to prevent too much resistance to the SS’s subsequent roundups. The films served that purpose as well. Protests amongst the German citizens had arisen regarding the deportations and so it was that the public was fooled. The man chosen to create the last propaganda film was one of the most famous actors and directors in Europe. His name was Kurt Gerron, and he was a Jew.

In the 1920s, there was prosperity and decadence in Berlin. Kurt Gerron, a decorated war hero, moved to the city and immediately became enamored with the theatre. He was obsessed with it and did not pay attention to the politics around him.  He was too busy building up his career. He quickly landed in movies, mostly in supporting roles, but he was so outstanding that he was in constant demand and much loved by the public. But playing secondary roles was not enough for his ego and he decided to direct. It was behind the camera that Gerron found his true calling.

When Hitler came into power and the persecution of his enemies—most especially the Jews—took on extreme proportions, Gerron claimed it would all pass soon. His mind changed when the SS stormed the theater where he was working and announced that anyone with Jewish blood had to leave. Shaken, Gerron walked off the stage without protest.

He went to Paris, where he joined other exiled friends. Many of his colleagues went on to Hollywood. He moved to Amsterdam, where he resurrected his career with other Jewish artists. Meanwhile, his friends tried to convince him to come to Hollywood, but Gerron rejected their offers.

In 1944, Gerron was deported out of Amsterdam with 809 other prisoners to Theresienstadt. As part of the hoax, the camp’s Kommandant demanded that the actors entertain the other prisoners. Witnessing the brutality of the Nazis and the fragility of survival in such conditions, Gerron was tormented when the SD approached him about the film. He turned to the Jewish Council, who told him to do everything he had to in order to survive. Besides, the rumors of death camps were abounding and the camp authorities promised to stop the transports to the east if the inmates complied.

Gerron agreed to head the project. Nevertheless, other prisoners viewed the German director as a traitor. He was constantly berated and humiliated but he threw himself into his work—Gerron-style—and was obsessed by the project. His production was on a grand scale, but the hardest part was trying to get the participants to act happy. He said, “As a director I can direct a scene, but I cannot erase the horror from the people’s eyes.”

The project broke him. He watched as soldiers tortured the participants, unable to say anything. Despite his conflicted conscience, he gave the Nazis their Paradise Ghetto, a grotesque and abhorrent lie.

The movie was completed on September 12th, 1944, and the transports—suspended, not stopped—resumed. In the following four weeks, ten trains left with close to 17,000 souls. Almost everyone who appeared in Gerron’s film was immediately sent to Auschwitz except for him. On October 18th he was ordered onto the 11th and final transport. Gerron, like a doomed king, didn’t look right or left as he climbed aboard. He was summarily executed in Auschwitz.

The next day, with the Red Army having broken through the Front, Himmler ordered all the gas chambers closed and demolished.

Parts of this essay were compiled by Lesya Lucyk

The Prisoner of Paradise, Media Verite & Café Productions:  in Association with BBC and PBS: June 16, 2018.

Truth And Lies Filming In The Terezín Ghetto 1942-1945 Prague 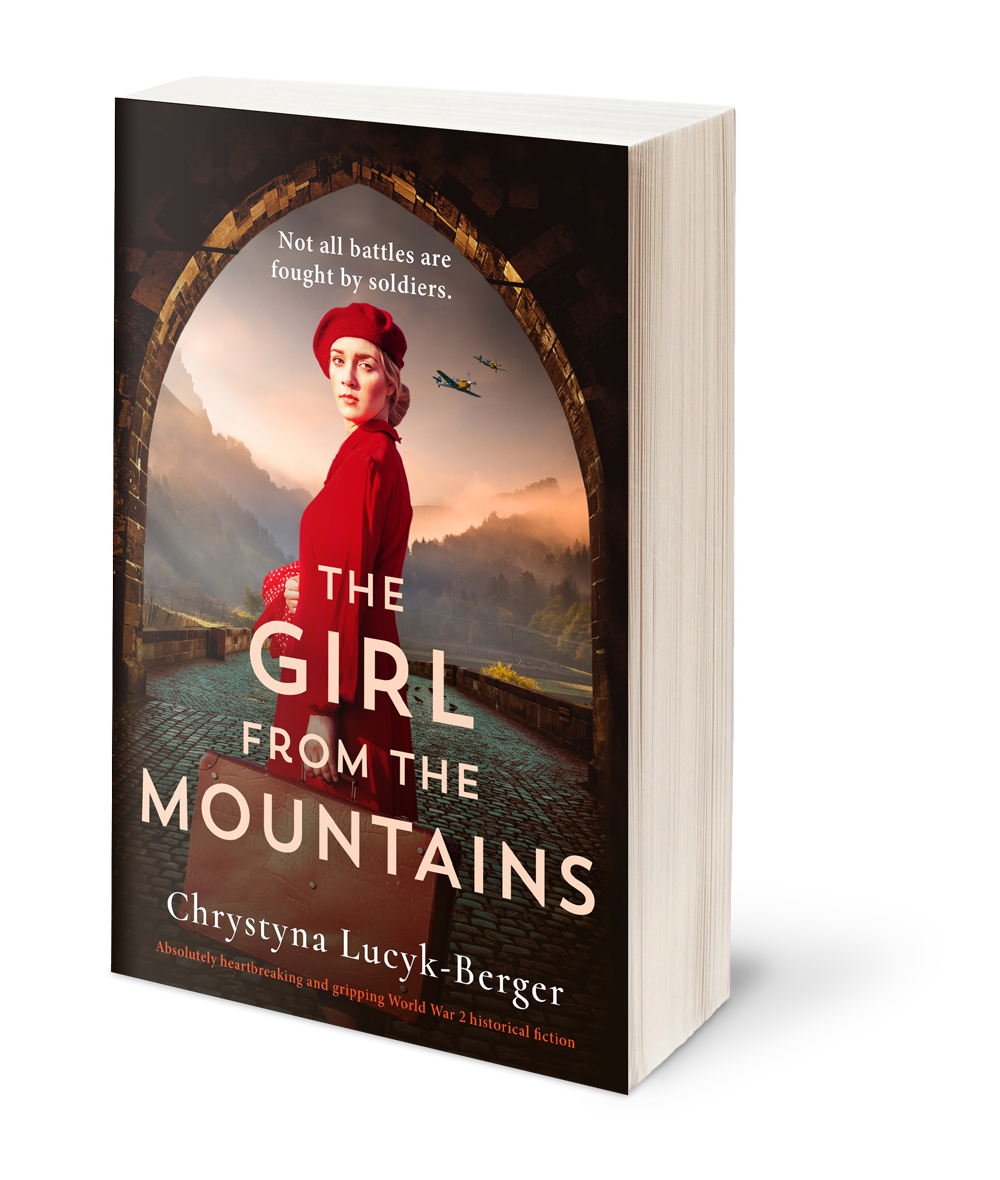 “Wonderful intense read… So vivid you will feel you are there. I could not put this story down. I loved the book.” Goodreads Reviewer

As a thank you, you will receive
Discover World War II Novels
A Catalog of WWII Authors and Their Works