The Smuggler of Reschen Pass

Lucyk-Berger has explored the darker side of human nature in this tale, and she has done so with great skill and splendour. This story appalled, impressed, and fascinated in equal measures. It is wonderfully told and impossible to put down.
Mary Anne Yarde Coffee Pot Book Club blogger

1900s Austrian Tyrol. Fritz Hanny, confident and optimistic, enjoys the prestige of belonging to one of the most respected families in the Reschen Valley. When he falls in love with Cecilia, a young girl in a neighboring village, he is certain he has found his purpose in life. Already on his way to making his own fortune, Fritz pursues Cecilia only to be cut down by one external force after another. Disappointment, violence, and conflict turn Fritz into a desperate man. When the Great War ends, Fritz is trapped between two borders: on one side, the family he has. On the other, the family he wants.

This is a stand-alone novella and a prequel to No Man’s Land, the first book in the Reschen Valley series.

Read an excerpt now
Buy Ebook
Buy Audiobook
Lucyk-Berger has explored the darker side of human nature in this tale, and she has done so with great skill and splendour. This story appalled, impressed, and fascinated in equal measures. It is wonderfully told and impossible to put down.
Mary Anne Yarde Coffee Pot Book Club blogger

for The Smuggler of Reschen Pass

from The Smuggler of Reschen Pass

On my thirteenth birthday, I refused to get out of bed. The Herr Doktor was going to announce what he had in store for my future and, if it was to send me to the priesthood, as my brothers had warned me the night before, the last thing I wanted was to get up and face the judge and jury of my fate.

I looked out the window. My room was in the tower, and I had a view of Reschen Lake. Beyond, the valley’s hamlets and villages spread southwards to the horizon. Our house was on a hill on the northern shore. The Schlössl—little castle—had been in the Hanny family for over a century. My great-great-grandfather, Johannes Hanny, whose portrait hung above the fireplace in the Great Hall, had been a Tyrolean landlord and of all the farms on Hanny only a few had been bought up fair and square.

My father, Maximilian Hanny, was one of two doctors in the Reschen Valley. After studying medicine, he returned from Vienna to set up his practice and marry my mother, Elisabeth. Her family ran the Post Inn in the next village. They were not as well-to-do as the Hannys, but my father had always fought for what he wanted, namely my mother. It was this knowledge that fueled the hope that, if there was still a thread of romance left in the Herr Doktor, it would be susceptible to my pleading.

I knelt before the window and watched a horse and V-cart pass by on the road above the lake. Someone crossed below in the garden. Max Junior, my best brother, dressed in knickerbockers and the stiff-collared shirt he was forced to wear on special occasions. Our dog was with him. He tossed the dog a ball. I tapped on the window, and Max Junior twisted around and lifted his head. If there was anyone I could count on to get me out of this predicament, it was him. I opened the window, the early morning cool and damp in the mid-September air.

“What are you doing?” Max Junior asked in a loud whisper.

“Are they all downstairs?”

He glanced towards what had to be the garden door. “Get down here.” He smiled broadly. “You’re such a ninny.”

“Max, I don’t want to go to the priesthood.” I liked girls, I wanted to add, but I knew the teasing that would lead to. He was not taking me seriously as it was.

“Get down here, Fritzl. I promise you, it won’t be so bad. Father Wilhelm’s already waiting for you.”

I slammed the window shut. The fact that my brother was not devastated about my eminent departure hurt me so much that I threw myself back on the bed, pulled the covers over myself, and sobbed. Life was just not fair for the youngest boy in a family.

A few minutes later, a knock rapped on my door. I stiffened beneath the duvet.

“Fritz!” It was my mother. “What in heaven’s name are you still doing beneath the covers? Get yourself dressed and get downstairs. Your breakfast is waiting.”

No birthday congratulations. No kiss on the forehead. My mother could hardly wait until I was out the door for good. The Herr Doktor had even gotten to her.

I sat up and swiped at the tears from my face.

“What is wrong with you?” She crossed the room and sat down on the edge of my bed. She placed a hand on my forehead. Fever was the most feared symptom in any household. “You haven’t taken ill, have you? I’ll call your father up.”

“What in the good Lord’s name has got you all in a bother?”

“Mother,” I pleaded, “please don’t let Father send me away. I promise I’ll be good!”

She dropped her hand. “You’re not going far, Fritz. It’s only Graun for goodness sake. Now get up and pack your things.”

Already at the wardrobe, she opened it and pulled out the traveling case. She removed my outfit—one just like Max’s—and draped it on the bed for me.

It was bewildering. My classmates—almost all the youngest in their families—were sent to the seminary over the pass. Perhaps my parents had convinced Father Wilhelm to tutor me himself. The parish house was in Graun and only a twenty-minute walk from Reschen. “But why do I have to live with Father Wilhelm?”

Mother turned, frowning. “Why in heaven’s name should you have to live with Father Wilhelm?”

“To become a priest!”

“Jesus-Mary!” Mother made the sign of the cross. “You boys. Truly, Fritz, why do you believe everything your brothers tell you? I told Max Junior to… I thought coming from him… Oh, never mind! Fritz, you’re not going to the priesthood—you’re going to your grandparents’ inn.”

I sat up straight, my misery on hold. “But I thought Max Junior was going to the inn.”

Impatiently, my mother began filling the case. “Both of you are. Your grandparents need extra hands, and I—with this house and your father’s practice—cannot simply go to Graun every day to help them. It will be up to you and Max Junior. Your grandparents are getting on, and the Herr Doktor and I have decided it’s best to send both of you.”

This was an entirely different story. I was going to learn a vocation and be out from under my father’s roof. What an adventure!

I was out of bed and dressed in a flash. I hugged my mother tightly and thanked her over and over. She peeled me off, scolding me for wrinkling her dress.

Leaving me to pack, my mother smiled before closing the door. I hurried, spirits lifted but still stinging from how Frederick and Max Junior had robbed me of my sleep. I decided there was only one way to get them back. I sneaked into the Herr Doktor’s room, opened the wardrobe, and found his military uniform. We were never allowed in his room, much less in his wardrobe. But I knew he had what I needed to exact my revenge.

I finally found the gorget in a box, carefully wrapped, a hint of sweat stains on the edges. I imagined my father in the Prussian war, marching in the heat. I had to wrap the gorget around my neck twice for it to fit. Next, I found a black morning coat and slipped it on.

Somberly, I descended the stairs and crept to the dining hall doorway, careful to avoid the parts of the floor that creaked. Max Junior, with the dog at his feet, was cutting the top off his egg, and Frederick, as usual, had his nose in a book. My mother was not there and by my brothers’ relaxed countenances, I assumed she had not scolded them for their prank yet. My father sat at the head of the long table, buttering a bun.

I gingerly placed the case on the floor and announced myself, hands folded before me like Father Wilhelm did in his services, the gorget tight around my neck. “Good morning, Herr Doktor. I am prepared to do my duty.”

Max Junior and Frederick looked up, certainly anticipating finishing off their big joke, and their stunned faces shot a thrill through me. When my father raised his head, his eyes grew large as he took in my costume. My mother entered, almost stumbling into me, and gasped.

“Bless you, child.” I moved my right hand in the benediction.

“What are you—” she and my father both pronounced in unison.

My father rose from his chair. “You certainly are,” he barked.

He stopped short when Frederick and Max Junior broke into peals of laughter, howling and slapping the top of the table. Frederick nearly fell out of his chair as it rocked back and Max Junior shrieked, “Oh, Fritzl! You got us good!”

The chaos was what saved me. My father could not punish all three of us at once. I left the Schlössl to learn how to run an inn, and I left with my hide intact. 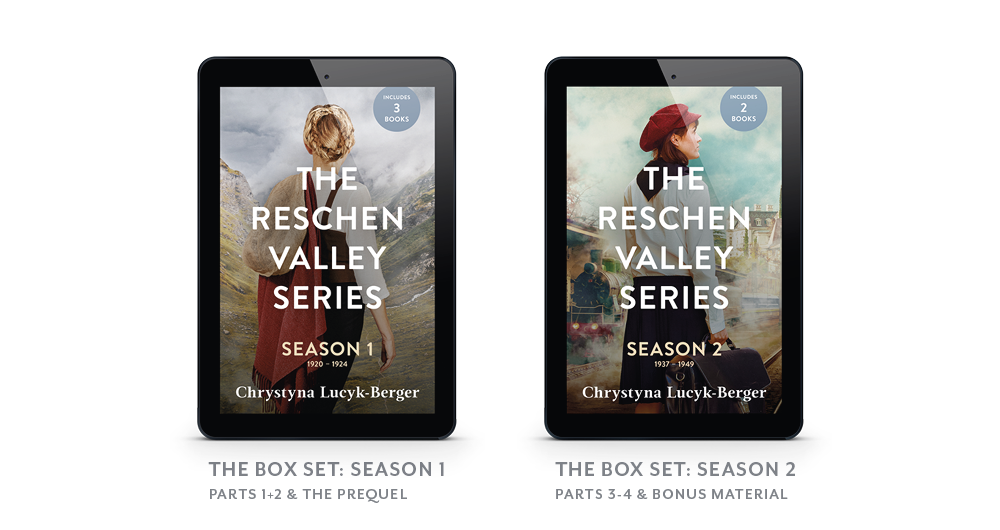 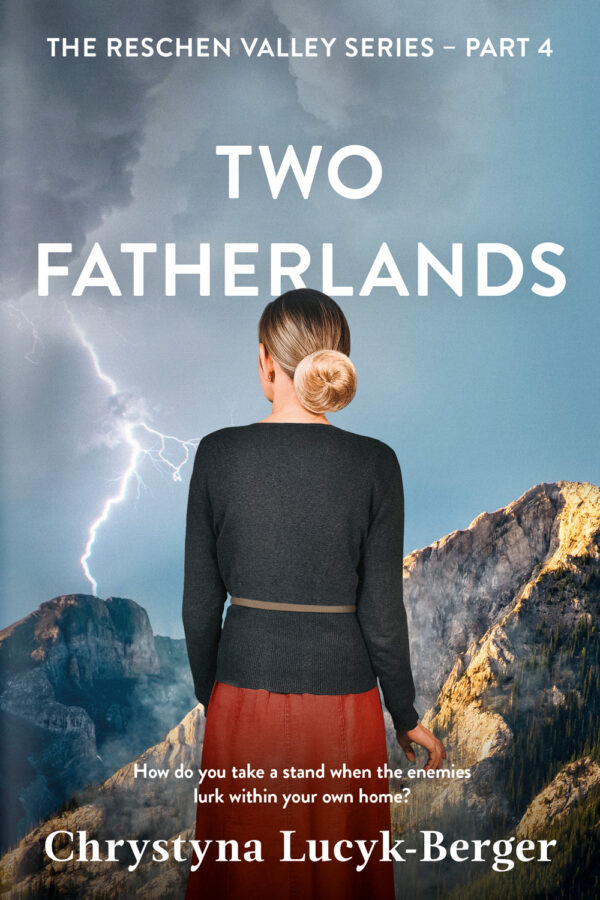 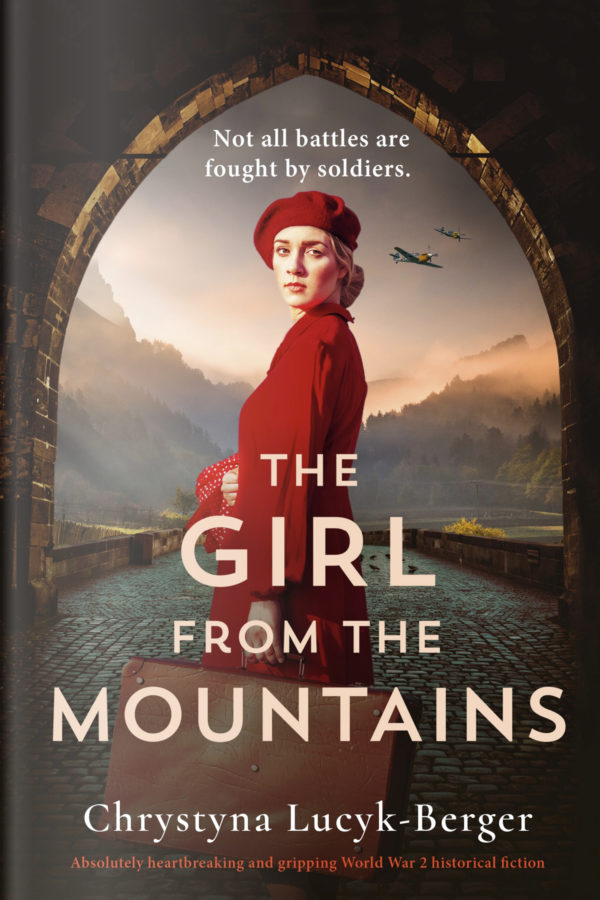 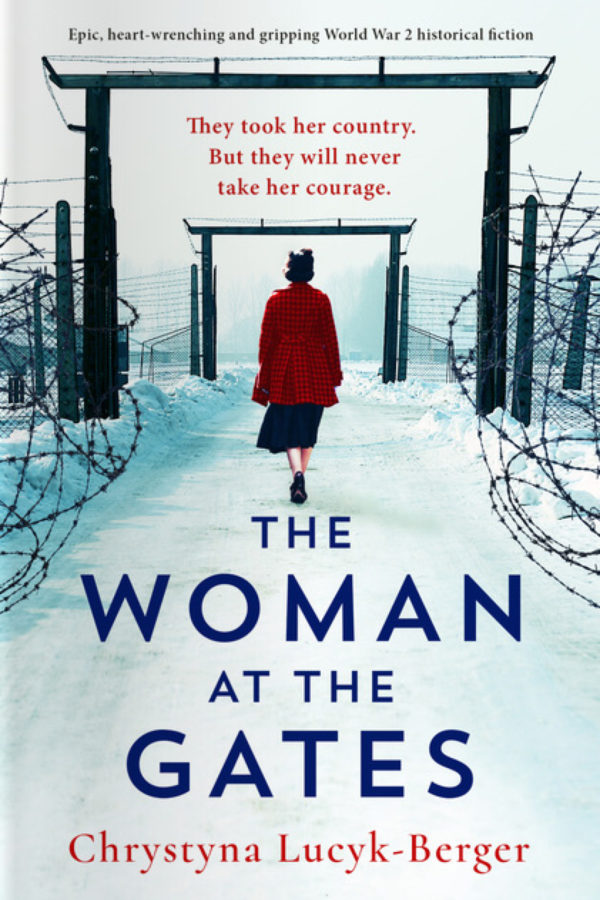